Brothers are serious about games. 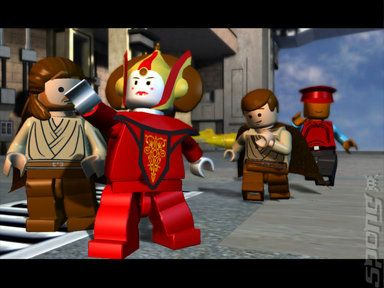 Having only formed in 2005, TT Games (a merger of publisher Giant Interactive and the developer Traveller's Tales) has now been bought. The Financial Times reports that Warner Bros has paid an 'undisclosed sum' to acquire the Cheshire-based developer and publisher of the LEGO Star Wars franchise.

Intriguingly Kevin also indicates that there is more to come, saying, ?There will be a number of pieces of the puzzle. This is an important piece but it?s not the whole puzzle.?

Could he mean another purchase of, for example a major UK-based game publisher that holds a major piece of intellectual property? For example a virtual and adventuresome female archaeologist?

Yup, we were thinking that if Warners was going to buy anything it would be SCi...

TT's major shareholder (and founder of Traveller's Tales), Jon Burton commented - we would imagine while stifling screams of multi-million pound pleasure, ?After 18 years in the video games industry, the opportunity to become a meaningful part of the world?s leading entertainment company is the fulfilment of a dream".

With a company estimated at around Ł80million in value, SPOnG says, "Sweet dream Jon!"

realvictory 8 Nov 2007 20:14
1/1
Anyway, Lego Tomb Raider could possibly be amazing. Please make it.
Posting of new comments is now locked for this page.