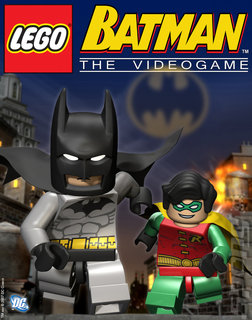 All Images (2) »
Warner Bros and TT Games have confirmed that LEGO Batman is making its way to just about every platform you care to mention next year. Granted, we already knew that, this is the first time Warner Bros involvement has been confirmed and they've also decided to throw a tasty little teaser trailer our way, too.

The game will put players in the plastic cowl of the Dark Knight and set him about recapturing a bunch of crazies - including The Joker and The Penguin - who have escaped from Arkham Asylum. It'll all be done against the backdrop of a Gotham City built of... well, it's not Meccano.

?Batman spans several generations as one of the most popular DC Super Heroes, and LEGO Batman will appeal to several generations of gamers who grew up idolizing the Dark Knight and playing with LEGO toys,? said Samantha Ryan, Senior VP of Development and Production at Warner Bros. Interactive. ?Working with TT Games, we are confident they will continue their LEGO games? success with this title, and we will expand our publishing endeavours with the introduction of the LEGO Batman franchise.?

Thanks Samantha. Next up we've got Tom Stone, director of TT Games Publishing, who said, ?We?re sure our fans will be excited to know that we have the same fantastic team at Traveller?s Tales responsible for LEGO Star Wars and LEGO Star Wars II working on LEGO Batman.?

Last but not least, we have Paul Levitz, president and publisher of DC Comics, who said, "There's nothing more appealing to our youngest fans than the chance to be The Batman, and the LEGO Batman video game will provide a unique opportunity for them to immerse themselves in Gotham and Batman's adventures."

The timing of this confirmation is no accident, coming hot on the heels of Warner Bros' purchase of TT Games.

The game's release next year will also dovetail nicely with the next Batman film, although (at least in theory) the game and the darker film will have two more or less different target markets. That said, comments from TT Games have suggested that it may be the back end of the year before we see the game, while the film is slated for summer.

Anyway, you can get a hint of a taste of what's to come in the trailer below.