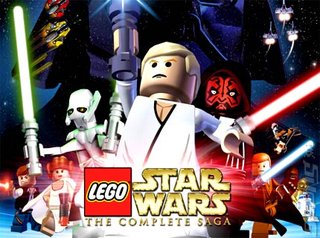 TT Games will continue to make LEGO themed games through to 2016, after the development studio and toy company signed an agreement to extend their global partnership.

Since the tie-up began in 2005 with LEGO Star Wars, games based on the popular building block toys have reached 50 million units worldwide. The next game in the series will be LEGO Harry Potter: Years 1-4 in 2010, but sales of LEGO Batman, LEGO Rock Band and LEGO Indiana Jones have ensured a very yellow future for TT Games.

“One of the things that sets the LEGO brand apart is that it allows kids to express their creativity, and the games we develop with TT Games are not just great fun but also inspire kids to play with their LEGO bricks, exploring our different play themes more deeply,” said Henrik Taudorf Lorensen, vice president of LEGO Digital.

Lorensen spoke highly of the developers, too. “We are very excited to continue to work with TT Games because they take a distinctive approach to making games creative, social and non-violent, which makes them a valuable part of the broader LEGO experience.”

TT Games is also happy, with managing director Tom Stone saying; "We look forward to carrying on our excellent collaboration with the LEGO Group in building extraordinary LEGO videogame franchises. There is a tremendous future for LEGO games, and we are looking forward to working with all of our partners over the coming years”.
Companies: TT Games
Games: LEGO Star Wars