Microsoft still languishing at the back 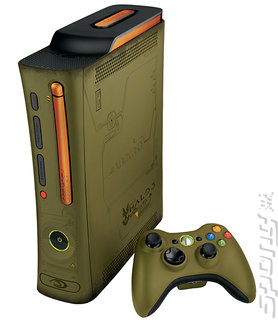 The latest Japanese hardware sales figures are in, courtesy of Media Create, and Xbox 360 sales have tripled thanks to the launch of Halo 3.

Microsoft sold 5,215 360s in the week ending September 30th, compared to 1,687 the week before. It wasn't enough to save the 360 from its usual place in the Japanese hardware chart at the bottom of the pile, however.

The PSP - driven by the release of the Slim 'n' Lite and Final Fantasy bundles - once again led the charge, beating the DS by an impressive 30,000 sales. The Wii was the best selling home console, with a little less than double the sales of the PS3. You can see the figures in full below.

Meanwhile, Japanese hardware figures are in from Enterbrain for the whole of last month, and the Wii outsold the PS3 by almost three to one. The Wii notched up 168,220 Wii sales, compared with 66,444 PS3s moved. The 360 sold 13,242 units.

While the Wii is still outselling the PS3 by a significant amount, the gap is shrinking - due largely to continuing Wii shortages. Back in May the Wii outsold the PS3 by five to one, shifting 251,794 units.

Anyway, here are the figures in full for last week:

mike hunt 5 Oct 2007 11:08
1/4
Is it becuase maybe the chinks are racist? Why the f**k is japonese stuff popular in america, europe etc? They are just closed minded simple folk.

Svend Joscelyne 5 Oct 2007 11:12
2/4
Is it becuase maybe the chinks are racist?
I could point out the hypocrisy in your post, but I'd rather have a sandwich and pretend you didn't say anything right about now.
more comments below our sponsor's message

I think it boils down to the simple fact that Microsoft branded games console isn't liked in Japan and they rather have their own Japanese based companies hardware but ironically iPODS's are more popular than Sony's MP3 players go figure.

But one thing is for sure, Xbox 360's ARE selling, beit slowly but they ARE selling.

But do I care? Maybe a little but that still doesn't stop Japanese developers to make all the best exclusives for the Xbox 360 like Blue Dragon, Lost Odessy and Ninja Gaiden 2.

Tim Smith 5 Oct 2007 11:18
4/4
mike hunt wrote:
Is it becuase maybe the chinks are racist? Why the f**k is japonese stuff popular in america, europe etc? They are just closed minded simple folk.

Now, my level of racism is "Beginner" but I always thought that the racist epithet 'Chink' referred to Chinese people (or people of Chinese extraction) - whereas the Japanese were small-mindedly referred to as 'Nips'.

I mean, it comes to something when you can't get petty, racist name-calling ethnically correct. How on earth are foreigners ever supposed to know that they are hated?

Jeez... bloody Poms... nearly as rubbish as the Irish.