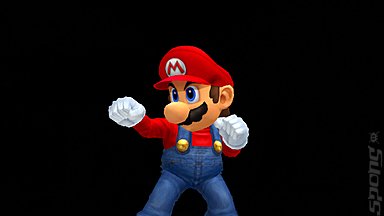 As SPOnG?s intrepid E3 reporters start to worry about the vitally important issues surrounding next week?s looming Min-E3 show in Santa Monica, such as the lack of complementary lager on United Airlines flights and other pressing matters, it?s time to look at what we think, hope and pray might be announced at the various conferences taking place.

Microsoft kicks off the show, with its typical megabucks style no doubt, on the Tuesday evening and we look forward to seeing Peter Moore?s new Metal Gear Solid and Final Fantasy tattoos.

In case you don?t know, Peter Moore is? breathe in? Corporate Vice President, Interactive Entertainment Business, Entertainment and Devices Division ? and he has currently sitting at the top of SPOnG?s ?Absurdly Huge Title Award 2007?.

We jest (kind of) but we are sure to hear more on GTA IV?s exclusive Xbox 360 downloadable content episodes, some whopping great new Xbox Live Arcade announcements, a full update on Bill Gates? Live Anywhere dream (will Bill put a showing in again this year?) and the latest fruits from the much-vaunted deal with Hollywood big-wig Peter Jackson. Oh, and some stuff on Zune and Xbox 360 Elite, too.

After we wake up the following morning with a pounding hangover due to some god-awful Microsoft cocktail concoction, we?ll be herded into Nintendo?s early morning conference to fill ourselves with strong coffee and dreams of a beautiful future involving 24-7 online, connected DS-Wii play.

Then, of course, we?ll wake up from our daydreaming to actually report upon the real announcements from Nintendo. Will the Wii get a hard drive? Will Reggie Fils Aime ?take some names?? Will we be able to properly connect our DS to the Wii and download games for it? (Oooo, that would be good!). Will we be able to play Super Smash Bros. Brawl (pictured)?

Once again, for the uninitiated: Reggie is President and Chief Operating Officer of Nintendo of America ? and as such is not in the running for this years SPOnG award.

Most importantly, we really want to here more concrete details on the recently announced ?make your own games? WiiWare (or Wii Software, in Europe). Fingers crossed.

And finally, we?ll trudge up to Culver City to the Sony conference, with butterflies in our tummies and a strange mixture of hope (new and exciting things!) and dread (we really don?t want to hear too much about what we already know).

We want to hear major exclusive PS3 games announced. We want full details on PS3?s Home service. We want full details on the new, slimmer, more attractive PSP, with details of a proper online PSP store and we want Killzone 2, Metal Gear 4 and lots more to be fully playable. Of course, we?d also like to hear about plans for a PS3 price drop, but we doubt that?s going to happen. Let's hope we're proved wrong.

Come on Sony! It?s not a big ask. Deliver!

Tell us your hopes and dreams for E3 2007 in the forum right here.

Will also be interesting to see if MS have any new game on display we haven't heard of. They did really well last year with loads of interesting games, they need to keep that up

deleted 5 Jul 2007 16:03
4/5
Oh, and Banjo kazooie, please lets see some of this game because M$ needs something to compete with Mario and Rachet and Banko Could Soooooo Do this If It Really Keeps Its N64 gameplay but next gen graphics this could blow mario galaxy outta the water. and if its launched by year end the wahoo

Joji 5 Jul 2007 17:19
5/5
Lol, we've had this Mario killer stuff before. Hope Banjo turns out good. Better than Mario? I'd say, possible but doubtful.
Posting of new comments is now locked for this page.