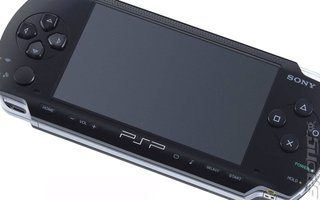 A new firmware update, version 3.50, is available for the PSP today. The new firmware will bring the PSP's Remote Play functionality into line with the PlayStation 3. By 'remote play' Sony means that you will be able to access music, video and photographs stored on you PlayStation 3.

Last week, Sony released a PS3 update that made the console's content accessible from a PSP anywhere in the world over a Wi-Fi connection. Up until now, however, the PSP hasn't had the corresponding capacity to get at it. In other words, think of version 3.50 as the key to the chastity belt.

The RSS menu has also been tweaked, with a Channel Guide added.

Sony's been giving the PSP's multimedia functionality a kick in the posterior of late. Last week it announced that the handheld will be getting turned into a video phone with a little help from BT, and the week before the company finally confirmed that a PSP Store is on the way. To SPOnG it looks suspiciously like the PSP is on its way to becoming the multimedia platform it was always touted as...

Version 3.50 is available on your PSP now!
Companies: Sony

Alvis 31 May 2007 11:15
2/2
"PSone games" that was supposed to say. And i know you can already do this via hacked firmware, but i don't want to risk turning my PSP into a brick
Posting of new comments is now locked for this page.