Post-mortem of Final Fantasy XII adds to the fun. You want to be there... yes, you do. 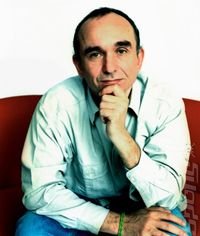 Also thrown into the mix is a ?post-mortem? of Square Enix's Final Fantasy XII. SPOnG?s resident Latin-speaking geek (OK, she also watches a lot of CSI), pointed out that calling FFXII, dead ??seems a bit harsh, but things move fast in the modern world.?

Lionhead's Peter Molyneux will discuss ?Innovations in Fable 2?. To be exact, he?s going to "...examine how key game play elements have been refined and expanded? look at what inspiration was drawn for the original game and what lessons were learnt from Fable". He's also expected to drop in a surprise about a new and unexpected feature in the game. Is this the invention of a new and innovative form of academic lecture: ?The LetchVert? or the ?Adminar?? Probably not, no.

Grasshopper Manufacture's Goichi Suda will give a talk titled ?Punk's Not Dead?. The lecture will be on creating successful games from new intellectual property. The blurb states: "Grasshopper is not a big company, and each member of our staff has something important to contribute to the games we make. Just like in a band, if the one of the members leaves, the product and the team is forever changed." The quick response, however, is: ?Yes, it is. Punk died when the Ramones started working with Phil Spector?.

For more from Peter Molyneux take a peak at SPOnG's exclusive interview with him from last year.