"...millions of units of the new Grand Theft Auto game will be sold directly to minors" 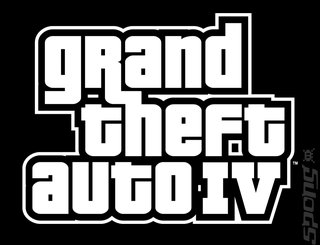 This New Year has seen US attorney, Jack Thompson, at his desk with renewed energy and an email address list that just won’t stop. Today, SPOnG (and many others we assume) was copied into the following email from the Thompson. The gist is that Jack’s talking to Bill Gates about Grand Theft Auto IV.

Please be advised of my intent to undertake various means to prohibit and stop the sale of the above XBox/Take-Two/Rockstar game to minors.

A recent report, available at http://www.iccr.org/news/press_releases/2006/pr_videogamescbis121106.htm

makes it abundantly clear that unless such prohibitions are in place, then millions of units of the new Grand Theft Auto game will be sold directly to minors. I am quite intent upon making sure that that does not happen. I and others will endeavor to stop Microsoft from participating in any fashion, directly or indirectly, in such sales to minors.

Please have your lawyers contact me in order that such sales will be prevented.

The line we most cherish is, "[the report] makes it abundantly clear that unless such prohibitions are in place, then millions of units of the new Grand Theft Auto game will be sold directly to minors".

The report referred to by Jack, “Preventing M-Rated Video Game Sales to Minors “,comes from the Interfaith Center for Corporate Responsibility. This US group comprises a collection of Christian organisations which, “utilize(s) religious investments and other resources to change unjust or harmful corporate policies, working for peace, economic justice and stewardship of the Earth.”

Nowhere in the report does Grand Theft Auto IV get a mention; and nowhere in it are sales predictions - the like of which would brings smiles to RockStar staff and shareholders - of 'millions of units' mentioned predicted.

The report is about how retailers should monitor and enforce Mature (M) ratings of games so that minors should not be able to purchase them. You know, like the rating says.

Its conclusion includes the paragraph:
” We hope to continue to see retailers strengthening their efforts to prevent the sale and marketing of violent video games to children, including increasing their transparency around public disclosure and creating new ways to distinguish M-rated games.”

Right, OK… but nowhere in the report can we find anything that demands that developers or publishers actually stop making M-rated games. Nor does the assumption that somehow Microsoft staffers must monitor games playable on their platform as they are being SOLD.

Using a report aimed at retail to demand that a bloke (Mr Billiam Gates, esq) who has little or nothing to do with the production of a piece of hardware that plays a video game made by another company, is - in SPOnG’s violence-addled minds (see below) – akin to emailing the head of a company that owns another company that produces the plastic that makes holsters for semi-automatic weapons, and demanding that he stops those weapons being sold to the certifiably insane.

It doesn’t make sense in the debate about violence nor retail standards and is therfore nothing other than self-promotion. But, as we said, SPOnG is so addled by violent images that we're probably unable to make sane comment. Just to show you how violence-sodden we are here at SPOnG, we’d suggest you get a copy of of one of our favourite slices of action in Titus Andronicus which includes 14 killings, six severed members, three rapes, one person being buried alive and a hunk of cannibalism.

Nicholas Hyett 4 Jan 2007 13:38
1/2
I think there is a wave of people at the moment that are trying to stop M-Rated/18 games being sold to children. How this will affect their mental state of mind, make them more violent, aggressive, more likely to take drugs etc.

I have said this before in another forum, but games are not the only things that show all this. Not just games. I'm fed up with people blaming games and not films, at least be fair. Films are real live people, yes they are actors but they are more beleivable than games.

The problem is that i think there is no physical way of minors/children playing these games. They will get their hands on it at some point. I asked my brother to buy me the first GTA for the PSX and i was well under age then. Kids still do that today, these people should just give up, i wasn't affected by playing GTA, i don't go out and have a spliff, shoot a couple of cops and then go back home with a bitch under my arm, hell no i don't.

I know i've blabbed on a bit so i apologise for that but spong if you feel neccassary to use my comments then please do, i can't stand these people that put video games down all the time, when its scientifically proven that videos games cannot physically make you do something.

DoctorDee 4 Jan 2007 14:30
2/2
Nicholas Hyett wrote:
when its scientifically proven that videos games cannot physically make you do something.
But it's not proven. People very definitely have different attitudes now to violence and murder than they did 30 years ago. Something has changed those attitudes. And sure, it is many things... but I think video games have to take some responsibility.