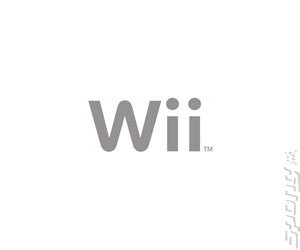 Sony issued a ?console comparison chart? at its Gamers Day event in the States last week, claiming that Nintendo?s online functionality for Wii would only be free to consumers for the first six months.

It seems the confusion over the Nintendo Wii online service stems from the fact that Nintendo has stated that the Opera web browser for Wii is going to be free to consumers for the first six months, which means Sony has been, at best, disingenuous in making such claims about its opposition, clearly in order to justify the initial high price-point of the PS3 when compared to the Wii and 360.

Never fear Nintendo fans! SPOnG has spoken with Nintendo UK reps this morning who have assured us that Wii is going to be totally free to play online, just as with the DS?s wonderful (and also free) online WiFi service.

As President and COO of Nintendo of America, Reggie Fils-Aime, told USA TODAY back in August, "We view online gaming as essentially an enhanced way to enjoy the gaming experience and drive more sales of hardware and software...We will offer online-enabled games that the consumers will NOT have to pay a subscription fee for. They'll be able to enjoy that right out of the box. The Wii console is going to be Wi-Fi enabled, so essentially, you'll be able to plug it in and go. It won't have hidden fees or costs."

Sony?s price comparison chart ? which you can see online right here also seems to claim that the Xbox 360 requires the add-on external HD-DVD drive ? when in fact this is merely an optional extra for those 360 gamers who want to use their console to view HD-DVD movies.

SPOnG suspects that Nintendo?s lawyers may well be looking closely at this issue of misrepresentation. Again, we?ll bring you further word from all three of the big players on this issue as soon as we get it.

It is rumoured that Microsoft is planning on taking legal action against Sony over the comparison chart. SPOnG will bring you concrete news on this if and when it happens.

Showing the 20 most recent comments. Read all 21.

RiseFromYourGrave 23 Oct 2006 13:18
6/21
and saying that the wii has free 'online access' for 6 months is misleading, it implies that connectivity in general rather than just browser functionality will be charged for 6 months down the line

its a bit snide

Joji 23 Oct 2006 13:51
7/21
Here is Sony clearly not doing their homework and misinforming folk to hold out for PS3. MS and Nintendo should be all over them for it.

Give the competition some respect and get your facts right, Sony. This bs is making you look desperate to convince people about PS3.

PreciousRoi 23 Oct 2006 16:15
8/21
He can't but he'll likely try...he appears to have a knee-jerk defensive reaction whenever Sony is in distress...notice also they left out the cost for an HD cable which is included with the 360, but by thier own logic it would be an "essential" added expense (since watching movies in HD is considered "essential", *spits), pretty shady stuff, its only 30 bucks but they ommitted anything that didn't spin in their favor...but then they were targeting this at the Sony faithful, I'm sure and they're generally none too bright.

Also although Sony appears to be offering free online service (in a desperate bid to trump LIVE!), they quite obviously, if GTHD is any indication, intend to make that up (and more) on microtransactions...

Rod Todd 23 Oct 2006 16:22
9/21
PreciousRoi wrote:
if GTHD is any indication, intend to make that up (and more) on microtransactions...
Hmmm, but it's not as if Microsoft is avoiding that bag of worms.

All of the platform holders and publishers have dollar-signs in their eyes when they think of selling us worthless digital tat.

PreciousRoi 23 Oct 2006 16:30
10/21
You can't possibly compare GTHD to ANYTHING currently existing or announced on the MS side. (OK you can, and did, but its ludicrous)

GTHD is planning on creating a new paradigm, a quantum shift away from purchasing "additional" content, toward making microtransactions an essential and unavoidable part of core gameplay.

MS has also provided some free content and phased in "premium" content later for free...judging by GTHD, Sony likely will not feel as compelled to do the same, since they're already giving you free online service.

Svend Joscelyne 23 Oct 2006 17:51
12/21
In that light, the cost for the Opera browser for the Wii is relevant since the PS3's browser is free at any time.
Not really. Assuming Sony's online gaming service is free, then Sony's really just drawing parallels between their service and Nintendo's Opera browser. That's like saying an Asda orange is cheaper than a Tesco's banana.

tyrion 23 Oct 2006 17:57
13/21
Svend Joscelyne wrote:
Not really. Assuming Sony's online gaming service is free, then Sony's really just drawing parallels between their service and Nintendo's Opera browser. That's like saying an Asda orange is cheaper than a Tesco's banana.
Well, by all accounts, the interface for Sony's online offerings, the shops and all, are done in the browser. So Sony's browser is part of their online service, because it's required to run the service.

RiseFromYourGrave 23 Oct 2006 18:19
14/21
i hope youre not suggesting that sony are allowed to do what is tantamount to lying about the pricing of nintnedo's entire online service because of the different method(s) of integrating online features into the two consoles

headcasephil 23 Oct 2006 19:27
15/21
Sony are trying to pull their trump card like they did with there ps2 if you can remember back then they were doing it on graphics agents the dreamcast which was a load of crap coz it tuck 2 years for them to get the ps2 graphics to look as good as the dreamcast

headcasephil 23 Oct 2006 19:40
16/21
I all so think they are trying to get back at Nintendo because of the hand held war that Sony are losing in a big way like for every psp that is sold 3 ds are sold which is making the third party developers go to Nintendo not Sony and the same with the home console 360 and wii are getting a lot of developers make games for them and Sony has always been a bit spoiled and they can not cope with this
Bad luck Sony stop trying to cheat

Your ass will be grass. These people here love their numbers. The DS is doing really well worldwide, but the PSP is doing well in Europe.

But to say Sony is pissed about "losing" to Nintendo. They took, what? 40% of the handheld market from Nintendo, which prior to the PSP, had 99% of the market. Technically Nintendo is still "winning", but they "lost" quite a bit.


Shame on Sony though for blowing things out of perspective. Honestly, if you have to start ripping at the competition like that, then what does it say about your confidence in your own product?...

Is Sony displaying the moral turpitude of the Catholic Church covering for its pedophilic clergy? Yes. Do they need some ulterior motive involving handhelds? No, I rather think hawking the PS3 is reason enough.

RiseFromYourGrave 24 Oct 2006 03:14
19/21
i must admit, though, in a fair price comparison (not one dictated by sony, naturally) you really can see that sony are taking a massive hit financially selling these things

but personally, i dont need nor want hd-dvd or bluray films and ive seen no evidence that the blu-ray disc gives the ps3 any kind of gaming advantage so a premium xbox 360 w/o any wallet stinging, subjectively superfluous next-gen trojan horse will do me fine until theres a good enough reason or two to buy the ps3 without feeling mugged

ie. some brilliant exclusives and a huge price drop

tyrion 24 Oct 2006 08:33
20/21
RiseFromYourGrave wrote:
i hope youre not suggesting that sony are allowed to do what is tantamount to lying about the pricing of nintnedo's entire on-line service because of the different method(s) of integrating on-line features into the two consoles
Nope, I'm saying that on a feature for feature comparison between the two consoles, counting the browser as part of the on-line service is not too wild a comparison.

Otherwise you have to add another column into an already "too hard for store clerk to remember" comparison sheet to separate the web browser from the on-line service.

Of course, then Sony would be able to say that the 360 doesn't have a fully-fledged, official web browser. They seem to have missed that opportunity.

Basically, the point is that the comparison chart was aimed firmly at the 360 and the Wii was only added to slightly deflect the Microsoft lawyers if possible. This may turn out to be a vain hope, since there are rumblings from Redmond of legal action. Not that I think they have much of a case since all the prices are official and the only contentious issues are the use of the word "requires" without explanation and the aforementioned Wii on-line service note.

in the scheme of things its likely not a big deal but sony keep pissing people off like they can do whatever they want no matter how underhand, id love to see them get their pants sued off
Read all 21 comments >>
Posting of new comments is now locked for this page.