Guerrilla To Operate As Part of SCE Worldwide Studios network 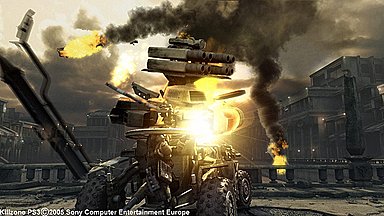 In a strategic move to secure long term excellence in game development for current and future PlayStation« platforms, the acquisition of Guerrilla has formalised the already close working relationship between Sony Computer Entertainment and the studio.

Guerrilla B.V.(http://www.guerrilla-games.com), based in Amsterdam, Netherlands is the award winning developer of the Killzone game for PlayStation 2, which has shipped close to 2 Million units worldwide. The studio is currently working on a new Killzone title for PLAYSTATION 3, early scenes of which were shown to wide acclaim when revealed at E3 earlier this year. The studio is also developing a further game within the Killzone universe for PlayStation Portable (PSP). Guerrilla signed an exclusive development agreement with Sony Computer Entertainment Europe in March 2004 and the acquisition will help the team grow as a key creative element of the SCE Worldwide Studios network.

Commenting on the acquisition, Phil Harrison, President of SCE WWS, said, öGuerrilla have a great combination of creative, technical and production talent in their team and we have enjoyed a close working relationship with their management and staff for a number of years. I am delighted that they will now become a member of the SCE Worldwide Studios network of developers. As we prepare for the launch of PLAYSTATION 3 next year, this acquisition strengthens our development portfolio to take full advantage of the exciting entertainment opportunities provided by PSP, PLAYSTATION 3 and beyond.ö

Hermen Hulst, Managing Director of Guerrilla said, "Sony Computer Entertainment - with its truly global presence, leading platforms and commitment to innovation ¢ is an ideal partner for Guerrilla and we are delighted to take our existing relationship to the next level."

About SCE Worldwide Studios as at 7 December 2005