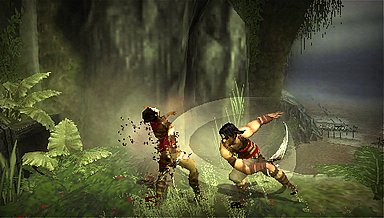 All Images (2) »
London, UNITED KINGDOM ? September 26, 2005 ? Today Ubisoft, one of the world?s largest video game publishers, reveals some of its upcoming titles to be released in Europe for the PSP? (PlayStation® Portable) from Sony Computer Entertainment.

With several games both in development and being published, Ubisoft is lending its entire weight to the new platform, recently introduced to the European market on September 1, 2005 with record-breaking sales after winning over consumers in Asia and North America.

A PSP game based on the Prince of Persia® series is among the upcoming adventures based on Ubisoft?s major brands that the new system?s owners can experience. It will be joined early 2006 by 187 Ride or Die? PSP and other titles inspired by the company?s line-up of games.

The musical puzzler Lumines?, created by renowned developer Tetsuya Mizuguchi and published by Ubisoft as a PSP launch title, has already enjoyed strong sales and critical acclaim. It will soon be joined by several other titles, set to hit shelves in Europe before the end of 2005:

Tales of Eternia? ? the first Japanese RPG for the system, developed by Namco

Ubisoft will announce additional titles for the first quarter of 2006.

?The PSP is a fantastic new system for gamers on the move,? said Alain Corre, executive director of EMEA territories at Ubisoft. ?Ubisoft is thrilled that it can contribute to the continued success of the PSP by ensuring a wide variety of games and exclusive content. This is only the beginning of our support, with many more titles in the works for the year to come.?