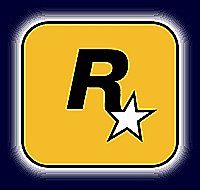 Produced by Rockstar Games, Sunday Driver is an all-access documentary film that chronicles the Compton/Watts chapter of California’s low rider car club, The Majestics. Sunday Driver is a portrait of a community working together to build the ultimate customized vehicles while struggling to legitimize their lifestyle under close scrutiny of the authorities. With an upfront look at the men behind the chrome, Sunday Driver exposes the origins of the club and, by using first person interviews, explains what it means to be a Majestic. Dedicated to creating the definitive modified automobile, the Majestics come together to help each other realize their dreams.

"Films have always had a hand in influencing everything we create at Rockstar," said Sam Houser, President of Rockstar Games. "Our goal was to create a film with the same cutting edge, uncompromising cinematic content that we strive for in our games. We are extremely proud of Sunday Driver as an evolution of the Rockstar brand into film."

Sunday Driver will premiere this Fall on UMD, a format utilized by Sony’s PSP™ portable entertainment system, and will be available at retail outlets nationwide.
Companies: Rockstar
People: Sam Houser