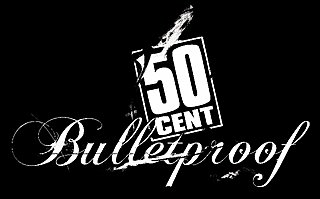 Games Market Europe, which runs on August 31st and September 1st 2005 at The Business Design Centre, Islington, London, is the only interactive entertainment trade show in the UK this year, and will unite all areas of the business under one roof.

Scripted by Terry Winter, Emmy-winning producer of the Sopranos, 50 Cent: Bulletproof ñ available Q4 2005 for PlayStationÆ2 computer entertainment system and XboxÆ video game system from Microsoft sees the hard-hitting rap star caught in a web of corruption, double-crosses and shady deals that lead him on a bloody path through New York's drug underworld.

The VU Games booth will include playable versions of the PC title F.E.A.R.TM, the latest first-person shooter from genre kings Monolith; the very latest version of CrashTM Tag Team Racing, which will appear on PlayStation 2, Xbox, and Nintendo GameCubeTMñ and PlayStationÆ Portable; and The Incredible HulkÆ: Ultimate Destruction, which will erupt onto PlayStation 2, Game Cube and Xbox in a matter of weeks after the show.

"Games Market Europe is the perfect format for us to premier these titles to the trade," says Adam Roberts, Executive Vice President Europe, Vivendi Universal Games. "50 Cent: Bulletproof in generating unprecedented levels of interest, so it'll be great to see the reaction from its unveiling. And with F.E.A.R., Hulk: Ultimate Destruction and Crash Tag Team Racing all playable, too, we're sure stands D20 and D24 will prove extremely popular."

Visitor and press registration is now open at www.gamesmarketeurope.com. Games Market Europe is free to all qualified trade visitors and press.

More exhibitors will be confirmed shortly.