NIS Announces Generation of Chaos for the PSP 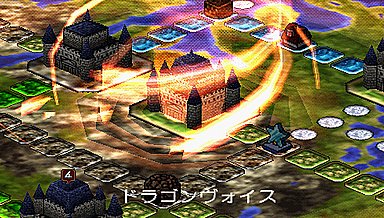 Generation of Chaos, developed by Idea Factory, is one of the more popular RPG series in Japan, and the 2006 release for the PSP marks the first time the series has appeared in North America.

Featuring all the essentials that made its predecessor one of the most addictive strategy RPG titles for the PlayStation 2 computer entertainment system, GOC jumps onto the PSP with evolutionary game play.

About Generation of Chaos
Battles for world domination have been dragging on for generations. Now Allen of Zodia rises to end all wars and bring peace to the world. After the opening story, the player uses the strategy mode to build and strengthen the kingdom. In the beginning, the kingdom is small and weak. However, as you progress through the game, the player can conquer neighboring kingdoms and stretch its ruling powers throughout the land of Duke.

Unlike other RPGs for the PSP, Generation of Chaos features massive, sixty-character battles as well as sneaky espionage tactics.