Hip Interactive has today announced that it will be launching a nationwide search for the UK’s ultimate Pariah contender. 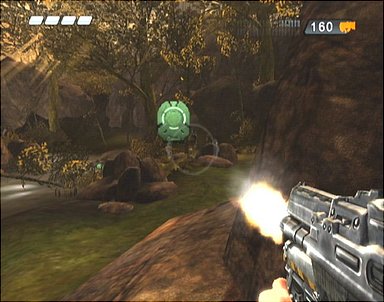 All Images (3) »
Tournaments have been arranged for the Xbox® and PC CD-ROM version of the game in conjunction with Microsoft and IGUK Gaming centres.

From the creators of Unreal®, Pariah is a spiralling plunge into destruction, despair and disease. Jack Mason is a burned-out doctor with no will to live, that is, until he nearly dies in a transport crash. Now he and his infected patient are stranded deep within the most vicious prison sectors of a wasteland called 'Earth'.

In January 2004, IGUK introduced a new mechanic for their leagues and tournaments. Rather than the best player winning the prize each day, week or season, each player or team are given a number of “raffle tickets” based upon how well they did or how many ‘frags’ they scored. At the end of each campaign, a random ticket is drawn and the player with that ticket number wins the prize. Everyone stands a chance of winning, regardless of skill, and those that are better will have a greater chance as they win more tickets.

”We have found that this format has increased participation dramatically, and more importantly retention of competitors is now at nearly 100%. In fact the longer a league lasts, the more new people join it as they know that even if they play just once and get just one kill, they still can have a chance at winning!” iGUK

As of May 20th 2005, Monday nights across all 85 IGUK centres will now be dedicated to the PC version of the Pariah League, which has knocked Unreal Tournament off of its throne after a 3 year stint. Including every one of the 85 IGUK centres will ensure that anyone in the UK will have access to this tournament, which will end in July. Contenders on the PC version stand to win Ł50 cash prize every week of the tournament and an Alienware gaming PC for the ultimate gamer.

For the Xbox® version of the tournament, Pariah is now part of the Microsoft ‘Premier’ tournaments stable. These tournaments are reserved for titles that Microsoft deems as the best Xbox® has to offer. Pariah will headline ‘Season Two’ of this new series of tournaments. Challengers on the Xbox® version stand to win a Blue Tooth controller for their Xbox® at the end of each week of the tournament, with the ultimate player taking home a brand new 26” LCD TV with surround sound speakers. This tournament will commence 1st week of June and will run for 6 weeks.

For more information about the tournaments, how you can sign up and where you’re nearest IGUK centre is, please visit: http://www.iguk.org/