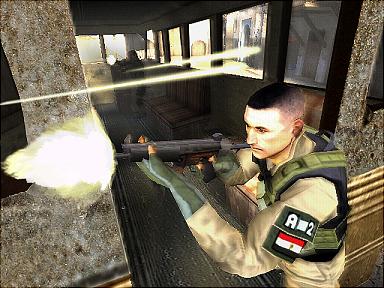 Today Ubisoft, one of the world's largest videogame publishers, announced that Tom Clancy's Rainbow Six: Lockdown(tm), the fourth installation of the multi-million unit selling franchise, will ship worldwide in September 2005 for the PlayStation®2 computer entertainment system, the Xbox® video game system from Microsoft and the Nintendo GameCube(tm). The PC-CD Rom, developed by Red Storm Entertainment, is scheduled for an early 2006 release.

The developers are continuing to focus on polishing the game during this time and will be available for a US IRC Chat on 12th May, 2005 at 5 pm (Pacific Standard Time). During this hour session, fans will have a chance to ask members of the development teams in-depth questions

If you can't take part in the session, you can still ask your questions in advance and get the chance to have them answered. Find out more on the Rainbow Six portal at www.rainbowsixgame.com
Companies: Red Storm Ubisoft
Games: Tom Clancy's Rainbow Six: Lockdown