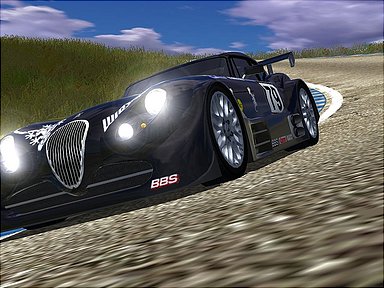 World Racing 2
Today Playlogic International N.V. and TDK Mediactive concluded a worldwide publishing agreement. The agreement includes the multi-platform titles World Racing 2, Knights of the Temple 2 and Gene Troopers. Playlogic will ensure the worldwide publishing of the games that have been initiated by TDK and are currently under development.

Stefan Layer, COO/VP Playlogic International says: "TDK´s titles are targeting core gamers and deliver high quality entertainment on a wide range of current gaming platforms. The games perfectly tie in into Playlogic´s approach to expand the company?s offerings." He continued, "We look forward to working together on our portfolio with TDK and to further strengthening our activities."

Heiko tom Felde, Director of TDK Mediactive said: ?We are pleased to establish a partnership with Playlogic. It is a pleasure to cooperate with such a dedicated partner and we believe that Playlogic possesses the ideal expertise and professionalism to maximise the success of our titles.?

Playlogic International and TDK Mediactive are pleased to demonstrate the new titles at the Playlogic?s booth at this year?s Electronic Entertainment Expo in Los Angeles (18th ? 20th May 2005, West Hall, booth nr. 2340).

World Racing 2 puts the fun of driving at centre stage and offers optimised arcade racing characteristics, a rich and varied range of missions, lively 3D scenarios full of detail, enhanced tuning options and a great variety of integrated cars. The racing title features a sophisticated 3D Landscape Engine, which not only creates separate race tracks but facilitates the creation of kilometre long sceneries in full 3D. The 3D environments are inspired by attractive locations from all over the world and allow players to leave the road to take appropriate shortcuts or simply cruise through the terrain and enjoy exploring. With more than 40 cars from 16 brands, over 100 challenging tracks, technical and optical modifications plus a huge variety of licensed accessories and lifestyle products the game is more authentic and customisable than ever. World Racing 2 is currently scheduled to be released in 2005 for Xbox, PC and PlayStation2.

In Knights of the Temple 2 players will join the ultimate battle of Paul de Raque, Grand Master of the Order of the Temple, against the forces of Hell. Travelling the lands and kingdoms of 13th century Europe, Paul must unveil the secret of three mysterious ancient artefacts and fight the demon armies attacking our world. The 3rd-person-action-adventure is the sequel to last year?s acclaimed Knights of the Temple, which followed the epic exploits of the young templar Paul in his battle against the demonic forces of Hell. Now he faces his greatest challenge yet. Visions of evil forces invading our world, undead beings ravaging the peaceful lands of northern Europe and a dark menace opening a portal closed millennia ago. Fight your way through a forgotten Roman city, deadly dungeons of the Saracen empire, discover long forgotten islands, ruins and catacombs on a search for a secret hidden on the ground of an ancient underwater fortress. Test your fighting skills, overcome the hordes of darkness and discover that victory must be paid with blood, pain and even your very own soul. Knights of the Temple 2 is developed for PlayStation2, Xbox and PC and will be released in 2005.

Gene Troopers puts the player into the heart of a unique, vibrant and living science fiction universe, which is entangled in the greatest conflict it ever witnessed. A terrifying elite battle force named Gene Troopers (GT) sets out to mercilessly fulfil its task: to find, gather and secure life forms. Genetic material is the new strategic resource. Gene transformation technology changes suitable individuals into loyal and powerful GT units. In the 1st-person-shooter the player will explore amazing new worlds, develop his character into a stealth or battle professional, control supernatural powers, make friends with powerful characters and lead them into battle against the forces of evil. The game is scheduled to be released in 2005 for PlayStation2, Xbox and PC.
Companies: Playlogic International TDK Mediactive
People: Heiko Tom Felde Stefan Layer
Games: Gene Troopers Knights of the Temple II World Racing 2