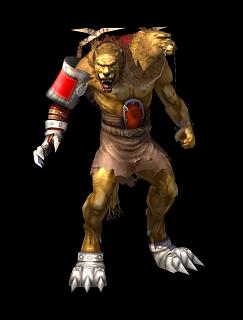 Digital Jesters, the rapidly-growing Britsoft publisher, has signed an agreement with Buongiorno-Vitaminic S.p.A., the leading European multimedia content company, which will see a diverse range of its PC titles converted to mobile phone.

The first title to appear under this new agreement will be a conversion of the popular Chaos League from French developers Cyanide Studio. Developed by the team at Buongiorno ? who have worked on licensed content from companies as diverse as Sony Pictures, MTV Networks International, MGM, and the major record labels ? these mobile versions will offer similar gaming experiences to their home computer counterparts. The care and attention lavished on these portable DJ titles will make them ideal for those fans who want to carry on playing when away from their PC.

"This is an exciting new area both for Digital Jesters and for fans of our games" says Graham Chambers, Sales Director, Digital Jesters. "Mobile games are increasing in sophistication all the time, and it's only now that we feel phone versions are able to do our titles justice. Buongiorno has an amazing track record of turning diverse properties into fantastic, standalone mobile games and we'll be working closely with them to ensure the same high quality gaming experience we strive for on PC is there on phone."

Chaos League Mobile is the first in a series of 12 Digital Jesters titles proposed under the new deal, and will be available worldwide from summer 2005 for a wide range of different handsets and service providers.