Classic and original games for Xbox, PlayStation 2 and Game Boy Advance to premiere in Los Angeles. 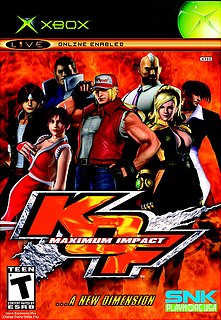 In addition to the many new games premiering at the show, the SNK booth expects to have swarms of showgoers visiting the booth on Wednesday and Thursday, May 18-19 when noted SNK artist, Falcoon, will be signing limited edition posters of Mai Shiranui from The King of Fighters series. Falcoon, one of the winning artists in last year's Into the Pixel art competition, held at the show will be autographing a different poster each day. The signing will be from 2-4 PM on Wednesday and 10 AM-12 noon on Thursday while supplies last.