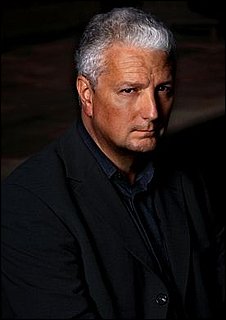 Rod Cousens
Codemasters, the leading developer and publisher of critically acclaimed video games, has expanded its management team with the appointment of two world class executives to lead the company's growth strategy.

David Darling, Codemasters' Chairman, will now lead the company's creative activities as Chief Creative Officer and will concentrate on accelerating Codemasters' programme of game development. This will include developing proprietary game content as well as targeting further distribution formats, such as mobile applications, Internet and massively multiplayer online [MMO] products.

Mr. Cousens has had a highly distinguished career spanning 25 years in the interactive entertainment industry. He is one of the pioneers of the video game market and has been honoured with many industry awards for both his professional and fund-raising achievements.

Mr Cousens was most recently with Acclaim Entertainment, which he joined in 1991 and became President of Acclaim Europe in 1993, going on to become Chief Operating Officer of Acclaim International. Within a four-year period he grew the international business to an operation with over $100m of annual revenues. He was appointed CEO of Acclaim Entertainment in 2003. Mr Cousens began his career in 1981 with the founding of games publisher Quicksilva. He went on to become UK Managing Director and later President International of Activision, Inc.

As CEO, Mr. Cousens will be responsible for the overall activities of the company, including strengthening the company's sales and marketing activities and expanding its international publishing operations into new territories

Mr. Williams joins Codemasters as COO, bringing 18 years of extensive operational experience from both the European and North American markets. Mr. Williams will be responsible for the day-to-day activities of the company's global operations.

Mr. Williams has held senior positions at Acclaim Entertainment and was COO and Co-Chairman of Take-Two Interactive. At Take-Two he oversaw the acquisition of BMG Interactive and its Grand Theft Auto property and saw Take-Two increasing its revenues from $12m to $500 million during his tenure. He was most recently Managing Director and Vice Chairman of Bam! Entertainment. Williams graduated from Cambridge University and is also a Director of the Near East Foundation, a New York charity that provides structural aid to the Middle East and Sub-Saharan Africa.

David Darling commented: "We are putting the pieces in place for longevity and growth as we take the company to the next stage. We are building financial and management strength, enabling us to expand our product innovation and game development. I am immensely pleased in welcoming Rod and Tony to the Codemasters family. Their experience and achievements in the global video game markets will be hugely valuable for our company as part of its global expansion."

Ynon Kreiz, General Partner of Benchmark Capital commented: "We are delighted to bring on board two such strong executives. Rod's skills in international sales and distribution together with Tony's operational and financial expertise will complement David and Richard Darling's creative leadership. This will help us in building Codemasters into a leading global publisher."

Said Rod Cousens: "Both Tony and I have great admiration for Codemasters' innovation, drive and success over the past 18 years. Codemasters enjoys an excellent reputation, being both a respected developer of high-quality game titles and a strong international publisher. With the additional involvement of Benchmark Capital Europe, we look forward to being part of the senior management team that is committed to further strengthening and expanding the company."