Driven by Community Feedback and Made in Conjunction With Autosport Magazine, see Racing Come Alive at www.Youtube.com/Gridgame 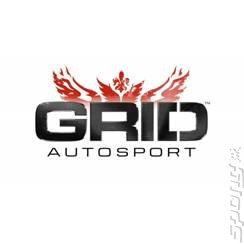 NEWSBLAST DRAFT Tuesday 22nd April (3pm UK) – Today Codemasters® announced that the next racing game in the award-winning GRID series will be GRID Autosport, set to ship on 24th June in the USA and release on June 27th in Europe for the Xbox 360 games and entertainment system from Microsoft, Windows® PC from Steam and for the PLAYSTATION®3 computer entertainment system.

GRID Autosport will bring alive the experience of becoming a professional racing driver in a new world of contemporary and classic motorsport. Drawing in spirit from classic Codemasters titles such as the TOCA series, developed in conjunction with community feedback and retaining the core GRID focus of ‘being all about the race’, gamers will experience a world of breadth, of depth, of intensity and of course, of the excitement that only racing cars can deliver.

Gamers can see GRID Autosport in action in a new gameplay video now playing at www.youtube.com/gridgame.

Racing alongside a teammate, players must overcome key rivals and satisfy team sponsors in ferocious races where every pass and position counts. In GRID Autosport’s huge career, gamers will specialise in their favourite racing discipline or conquer them all; players will feel the aggression of the pack in Touring Cars, manage tyre wear and race into the night in Endurance events, race Open-Wheel cars with precision, show car control in Tuner events and react on the fly in Street races.

GRID Autosport’s features and tone have been shaped through consultation with the GRID community, professional racing drivers and the experts from AUTOSPORT magazine. This includes the return of an in-car view and the most authentic handling in a GRID game yet. Multiplayer racing is extended by RaceNet, Codemasters’ free million member strong online community portal, which will deliver new challenges every week from launch and sees the introduction of all-new RaceNet Racing Clubs for online, clan-style team competition. Party modes, Demolition Derby and competitive split-screen modes all complement the game’s extensive career mode and expansive core online game.

GRID Autosport delivers the most amount of content in the series yet and a truly authentic motorsport feel, but does not lose sight of what makes a GRID game a GRID game - it’s all about the race.

“The design philosophy behind GRID Autosport was to create a really focussed racing game,” said James Nicholls, Chief Games Designer, GRID Autosport. “We’ve jettisoned anything that doesn’t support the on-track competition and we’ve chosen a selection of cars and tracks that will give players a range of different racing experiences. That variety is crucial. There are five very distinct ways to race – this isn’t a game where basically every race is the same and the cars and tracks change. You need to adjust your tactics and learn different techniques to succeed in each racing discipline and each car has its own character too. Our AI will act and react in different ways depending not just on how you race, but the style of racing you are competing in and that’s vital in authentically capturing the feel of say, Touring Cars compared to Open-Wheel Racing.”
In developing GRID Autosport, Codemasters consulted extensively with the GRID Community, professional racing drivers and the racing experts from AUTOSPORT magazine.

"TOCA Race Driver 3 was an office favourite back in the day, so when Codemasters said they wanted to take the series back to its core fan-base we got stuck in to help,” said Simon Strang, AUTOSPORT. “Many of our guys that helped with the handling are either former racers and / or active amateurs, but their deep and ingrained knowledge of all levels of motorsport, from so many weekends spent in far-flung paddocks meant that Codemasters were able to extract aspects of knowledge and understanding that otherwise would slip by. The other thing is that while you want the cars to feel authentic, you don't necessarily want to spend hours mastering it - that's what real racing is for. You want that experience of racing. We hope that the balance is struck right for the players of GRID Autosport and that is certainly what we aimed to help with. The diversity of cars and tracks is another factor we were delighted by and the return of traditional touring car series and classic tracks is great news for racing fans."

GRID Autosport will also be Codemasters most scalable game yet on PC. On high-performance set ups, GRID Autosport offers 4K textures, 4K output support and delivers a 1080P, 60 frames per second racing experience. However, the game has been optimised for performance excellence on the widest range of hardware for the widest range of PC players yet. The Codemasters PC development team has also benefited from a relationship with Intel that has delivered a range of further benefits for players on Intel® hardware, including for the first time, tablets.

“Through close co-operation with Codemasters, we are breaking new ground on optimising GRID Autosport running on Intel Architecture,” said Richard Huddy, Chief Gaming Evangelist, Intel. “Put simply, we have expanded the range of devices GRID Autosport will support – the game performs beautifully on PCs with processor graphics solutions and for the first time on Intel Atom™ based tablets too. It’s a game changer in this respect, as AAA console quality gaming arrives on Intel powered Windows Tablets – bringing truly dramatic results. At the top end of the performance spectrum, GRID Autosport is setting the bar higher too. Order Independent Transparency, Volumetric shadows and advanced HDR rendering powered by Intel’s Pixel Shader Ordering Extensions are just some of the advanced technical features that serve to put gamers in the race like never before.”

GRID Autosport will be available for Xbox 360, PLAYSTATION 3 and Windows PC. Fans can keep up with all the latest updates straight from the studio by speeding over to www.gridgame.com and www.facebook.com/gridgame or follow the team at www.twitter.com/gridgame.
Companies: Codemasters