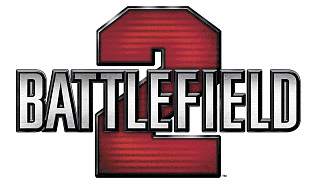 It is planned for a first quarter 2006 debut. Digital Illusions licenses the right to develop Modern Combat for PSP to Electronic Arts' studio in Great Britain.

"We are looking forward to launching the Battlefield brand on handheld platform too, and we have strong beliefs in the spread of Playstation Portables", said Patrick Söderlund, CEO at Digital Illusions.

"To Digital Illusions licensing is an attractive solution since the Company doesn't have enough resources personnel-wise to produce the PSP version at the moment. We also get a larger product portfolio without spending money on extra development costs", said Patrick Söderlund, CEO at Digital Illusions.

The Company licenses the rights to produce the game Battlefield 2 Modern Combat for PSP to Electronic Arts' English studio. Thanks to the licensing Digital Illusions will not have any development costs, and will also get royalty from the first sold copy of the product for this platform. Usually Digital Illusions has to reach a cutoff level of the development cost before getting royalty. The Company gets a lower royalty share per sold unit for the PSP version of the product, since the game is developed externally.

Sony's Playstation Portable was launched in Japan during December 2004 and in the US during March 2005. The European launch is planned later this year.

Digital Illusions owns the Battlefield brand and therefore has the right to approve the externally developed product before it is released to the market.