Mysterious website reveals existence of WMDs in locations as diverse as the Aztec jungle and the Arctic, names secret government agency responsible. 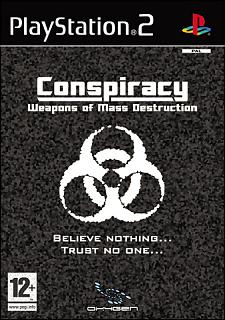 In a revelation that is set to shock and awe US Intelligence Officials who called off the search for Weapons of Mass Destruction in January 2005, new information has come to light that details not just the existence of WMDs, but that also names the secret rogue government agency that is responsible for their research, development and possible future deployment.

The agency, known only as Hydra, is named by mysterious website www.conspiracywmd.com as the key player in an international conspiracy to threaten the freedom of the Western world. Hydra, the website claims, was set up in the early nineties by the then head of the CIA to infiltrate terrorist groups. Hydra gained vital information about enemy organisations, including their strengths and personnel. Due to the nature of its missions, Hydra became increasingly remote and the CIA eventually lost control over them.

In the late nineties the American government cut CIA funding for specialist terrorist missions and Hydra was formally closed down. The website states with some authority that the head of Hydra, Damien Powers, refused to cooperate with the government and self-funded his operation through arms deals, drug trafficking and smuggling.

Now operating as a rogue faction against the government that helped set it up, the website claims that in the last few years Hydra has developed Chemical and Biological Weapons and is preparing to sell them to the highest terrorist bidder.

One thing is for certain, in this climate of international unease, conspiracy theories abound and knowledge is the key to exposing them all. A startling amount of information and analysis of this potentially history-making revelation can be found at www.conspiracywmd.com along with covert surveillance footage and images. Readers who are especially concerned may even register via the website in order to receive updates as the life-threatening situation unfolds.
Companies: Oxygen
Games: Conspiracy: Weapons of Mass Destruction