Development of games for next-generation platforms to be accelerated with major online focus. 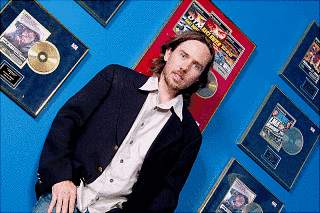 David Darling
Codemasters, the leading developer and publisher of critically acclaimed computer and video games, confirmed today that it has secured a significant investment from Benchmark Capital Europe, the top-tier venture capital firm.

This will see the company make a major commitment to develop proprietary game content, with online elements as a key part of the gaming experience across next-generation consoles and PC. Codemasters will also target new distribution formats, such as mobile applications, Internet and massively multiplayer online [MMO] products.

The investment will also be used to strengthen the company's sales and marketing activities and for acquiring third party licenses and game titles. Additionally, Codemasters will continue its expansion into new territories for its international publishing operations.

"Benchmark is a great partner for Codemasters," says David Darling, Codemasters' Chairman & CEO, "The Benchmark team shares our ambition for quality, innovation and making online a major element of the gaming experience. We are very pleased to welcome Benchmark to this business and the exciting world of video games. Codemasters has grown organically to become the largest privately owned video games publisher in Europe. Benchmark's investment and also importantly the involvement of Benchmark's highly talented team, will now provide the perfect opportunity for Codemasters' next growth phase."

The 40% acquisition of Codemasters is the first for Benchmark Europe partner Ynon Kreiz since his joining the firm earlier this year.

Ynon Kreiz of Benchmark Capital Europe, comments: "Codemasters has consistently demonstrated for over 18 years that it has the skill and capacity to produce very high quality interactive entertainment and successfully operate as an independent player in a very competitive and dynamic landscape. We were attracted to the company by its heritage of great management, creativity, innovation and ambition to push boundaries. Benchmark is proud to have an active role in Codemasters' future success."

Codemasters has a successful track record with more than 60 No.1 hits and a distribution network covering over 70 countries worldwide. The company earned a reputation for delivering quality interactive entertainment product through such major blockbusting gaming brands as Colin McRae Rally, TOCA / DTM / V8 Race Driver, LMA Manager, Operation Flashpoint and Brian Lara Cricket. Codemasters employs 400 people and is headquartered in Warwickshire, UK. The company also maintains European operations in Germany, France, Spain, and Benelux and has its US headquarters in New York