Gamebryo Graphics Engine to be used in the development of Sid Meier's Civilization IV. 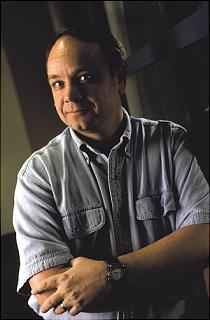 Sid Meier
NDL, the leading independent developer of 3D graphics technology for the computer and video game industry, today announced from the 2005 Game Developers Conference (GDC) that its Gamebryo 3D graphics engine and toolkit is being used by Firaxis Games in the creation of Sid Meier's Civilization IV. Firaxis is expanding its relationship with NDL based on the company's recent success using Gamebryo in the development of the critically acclaimed Sid Meier's Pirates!

"Gamebryo is the technology that enables our development team to create the stunning graphics and outstanding gameplay that have become the hallmark of our titles," said Sid Meier, director of creative development at Firaxis. "Gamebryo provides a flexible graphics engine and comprehensive set of tools for special effects and shader support that bring that extra level of polish to our games."

"Firaxis' decision to use Gamebryo in Sid Meier's Civilization IV marks the beginning of a very exciting 2005," said John Austin, president and chief executive officer of NDL. "Sid Meier's Pirates! is one of the best looking Gamebryo titles to date and we are excited to further develop our relationship with Firaxis. By developing titles in two different genres with two completely unique graphic environments, Firaxis continues to demonstrate the versatility and flexibility of the Gamebryo engine."