Play It Expands as New Titles are Lined up for 2005 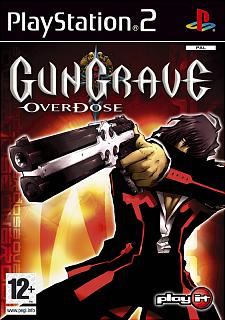 All Images (2) »
Games publishing pioneer Play It has outlined its expansion plans for 2005, citing new titles, new partnerships and a confirmation that in 2004 the company tripled its annual sales.

Following the launch of its new mobile division, Play It Mobile, in Europe last week, it has confirmed a new publishing agreement with Red Entertainment/Sega to publish Gungrave Overdose, the sequel to the arcade classic Gungrave. The game which features over 50 minutes of bonus Manga animation built into the story line of the game, is slated for release in April in Europe carrying a UK RRP of Ł19.99.

Mark Cale, CEO of Play It, said: "The features of Eye Toy combined with World Championship Poker make for a compelling gaming experience that is original and really plays to the power of the Eye Toy. Gungrave Overdose is an important title for us, marking a continued trend to identify and secure key products that we can bring into the market at the right price for consumers."

Meanwhile Play It has confirmed that its sales tripled over the last 12 months. Its range of games sell for Playstation and Playstation 2 and start at just Ł6.99. In summer 2004 it enjoyed its biggest hit to date with the launch of America's 10 Most Wanted, pushing it towards the top 10 of Sony's leading third party manufacturers.

"Play It has made a tremendous impact on European publishing. Our value range offers gamers great value, and the success we enjoyed with America's 10 Most Wanted, which climbed to number four in the charts, is proof of our pedigree in sales and marketing. The whole team at Play It has made fantastic contribution to our success. Now it is time to write the next chapter," added Cale.

The Play It range is available from a wide range of retailers, from specialist games stores to huge supermarket chains, ensuring the games are available to all consumers. The suggested retail price for Play It PS2 titles start from Ł9.99. Play It also publishes a range of PSone titles with suggested retail prices starting from Ł6.99.
Companies: Play It
People: Mark Cale
Games: Gungrave: Overdose World Championship Poker