The most addictive game of 2004 just got better! 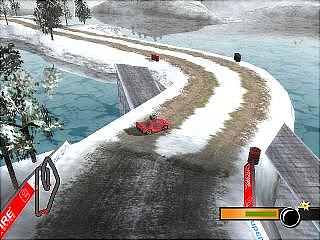 In case you need reminding and/or were living on Mars last year, Mashed was a top down racing game that pits up to four players against each other in a gladiatorial racing battle extravaganza. Mashed: Fully Loaded steps the Mashed experience up a gear, taking everything that is great and good from the original game and packing it with Fully Loaded extras, bringing players a whole new experience in top-down, multiplayer mayhem.