Street Racing Syndicate comes to Europe on PS2 and Xbox 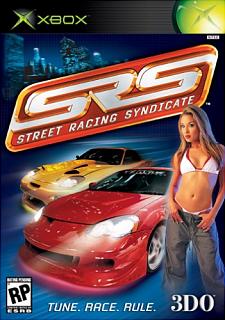 Developed by Eutechnyx and already a hit in the US, SRS: Street Racing Syndicate will launch for PlayStation 2 and Xbox in PAL territories in Q2 2005. Get blinged up and race for cash, respect, and the girls or lay it all on the line in online pink slip races.

Day or night, gamers can tear through live traffic against rival racers in locations based on cities such as LA, Miami and Philadelphia, with miles of open streets where crews of import tuners push their nitrous-injected obsessions to the limit. Racers can battle head to head via split-screen, System Link, or even take it online and risk the pink slip to their car for the chance to win their rivals' cars permanently!

SRS: Street Racing Syndicate comes tricked out with 40+ officially licensed damageable vehicles, including some of today's hottest US import rides such as the Mitsubishi Evolution VIII, MAZDASPEED RX8, Mazda RX-7 Spirit R, Subaru Impreza S202, Toyota Supra, VW Golf VR6, Nissan 350Z, Nissan Skyline GT-R, and many more. There are also hundreds of officially licensed modding parts, stickers, paints and vinyls, an in-game dyno that measures actual peak torque and horsepower in real-time and the US import scene's hottest female models. Put your car on the Dyno to measure your mods before you put it on the track to test your skills.

Whether in underground or sanctioned races, on the track or through the wide open city streets, the threat of cops and crashes is real. And so is the rush. In the end, glory's nice. Money and models are better. But driving away with your opponent's ride is just the best!

SRS: Street Racing Syndicate will launch Q2 2005 for PlayStation 2, and Xbox. Nintendo of Europe will distribute a Nintendo GameCube edition of the title. Prepare to take to the streets and find out more online at www.srsgame.co.uk