Pariah Gets Some Rhythm 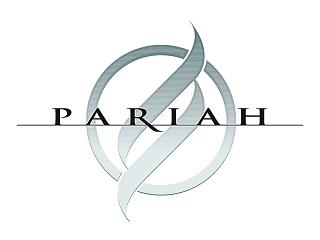 Continuing the crossover trend between the movie and games industry, details surrounding the theatrical-style music score for the highly anticipated new first-person action game, Pariah were announced today. Tim Larkin, known for his work on the blockbuster Myst adventure series was chosen by developer, Digital Extremes to create a score that captured the mood and style of Pariah.

“Music and sound are vital to creating a truly immersive experience,” said James Schmalz, founder and creative director of Digital Extremes. “The movie industry has demonstrated this very well and now that we have gotten to a point with technology where we can match image and sound quality in our games, it’s finally possible for developers to create that immersion.”

“For Pariah we were looking for something that would match the feeling of the storyline and characters in the game, futuristic but relatable and above all memorable,” Schmalz continued. “Tim Larkin’s talent is impressive and his music style really fit with the overarching themes in Pariah, mystery and action.”

“I was looking for a really different signature sound to set the game apart from others and it was refreshing that Digital Extremes wanted to steer clear of the stereotypical hard-action music,” said Tim Larkin, Audio Director at Cyan Worlds. “I typically look for rhythm and sounds in unusual places so my style is unique with its combination of atypical percussion mixed with traditional instruments. I’m really happy with the results for Pariah, it’s distinctive and memorable.”

Tim’s experience in the music industry dates back to live performances as a trumpet player with artists such as Ella Fitzgerald, James Brown, Mel Torme, Sheila E and Huey Lewis to name a few. Over the past ten years he has composed music and directed audio in the games industry for such games as Uru: Ages Beyond Myst, Riven, Middle Earth, Lord of the Rings and the original Prince of Persia among others. Currently Tim is the audio director at independent game development studio Cyan Worlds, the creators of the award-winning adventure sensation Myst.

Anticipation for Pariah has been growing since it was announced last spring and then awarded Biggest Surprise at last year’s Electronic Entertainment Expo (E3) by IGN.com. Coming from the co-creators of the multi-million unit selling Unreal series, Pariah plans to grab gamers with its immersive single-player storyline and fully equipped multi-player campaign.