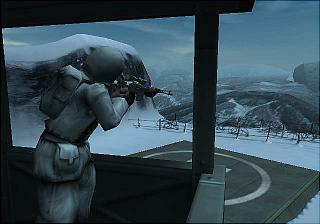 Feeding the flames of conspiracy, Oxygen Interactive today authorised the March 2005 launch of Conspiracy: Weapons of Mass Destruction, a thrilling first-person-shooter for PS2, Xbox and PC.

Players assume the square-jawed role of Cole Justice, an ex government secret service agent, trained mercenary and all-round tough guy, recruited by 'the agency' for one final assignment. According to intelligence reports, a rogue government agency known as 'Hydra' has been developing weapons of mass destruction to sell to worldwide terrorist organisations. Hydra has been long suspected of funding its activities through unlawful means, including the trafficking of arms and drugs