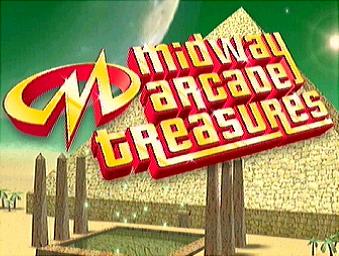 About NBA Ballers
Officially licensed by the NBA and NBA Legends, NBA Ballers is the only basketball videogame to deliver the pure essence of basketball by highlighting the excitement of the one-on-one confrontation set within the alluring fantasy lifestyle of an NBA superstar. By focusing on intense hoops match-ups, Midway created each and every NBA Baller and NBA Legend with a specific skill set in mind. Featuring 60 current NBA superstars and 24 all-time player legends, NBA Ballers takes the game out of the arenas and into some of the most lavish fantasy "cribs" for an up-close and personal one-on-one experience.

About Midway Arcade Treasures
Midway Arcade Treasures features hundreds of hours of classic gameplay action from all-time arcade favorites including the fast-paced action of Spy Hunter, the multiplayer collaboration of Gauntle, the space-age adventure of Defender and the dueling combat of Joust, just to name a few. Players will also have the option of enjoying their favorite titles in either one-player or two-player game formats (depending on the game) and will be able to experience the bonus DVD content which features the history of many of the classic arcade hits, along with interviews with creators and developers of the various titles.
Companies: Midway
People: Matt Broughton
Games: Midway Arcade Treasures Extended Play NBA Ballers