Bayless, Fulton and Martiničre on board. 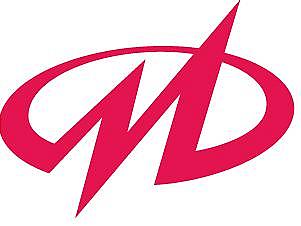 David F. Zucker, Midway?s president and chief executive officer, commented on the appointments, ?We have made great strides in attracting proven winners to the Midway team over the last year-and-a-half as industry leaders recognize the Company?s successes. We?re highly confident that Scot, Denise and Stephan?s proven creative and management talents will be valuable complements to our internal product development capabilities and important assets as we create even more engaging, best-in-class games for the current and next generation of consoles. All three bring extensive experience and accomplishments from the videogame industry to Midway as well as achievements and recognized performance in other entertainment and software disciplines. As entertainment mediums converge, we expect these broader skills and experience will be invaluable to Midway?s product development capabilities.?

Scot Bayless, vice president, Chicago studio, joins Midway from Electronic Arts, where he produced the most recent games in the highly popular James Bond 007 franchise and brings an extraordinary range of talents to his new role at Midway. Prior to his work with Electronic Arts, Mr. Bayless served as a studio manager at Microsoft, revitalizing the company?s Simulator franchise with reconceptions of Flight Simulator and Combat Flight Simulator and the addition of the successful new title, Train Simulator. In addition to his videogame software expertise, he has managed PC and console technologies, military engineer technology and feature film extensions.

Denise Fulton, Studio Head, Midway Studios-Austin, was most recently at Ion Storm where she served as the company?s executive producer, managing the production teams on Deus Ex: Invisible War and Thief: Deadly Shadows. Ms. Fulton began her career in the videogame industry at Microsoft as a graphic designer, and then moved into a management role, supervising internal and external teams in the production of several children?s software titles. She then moved to DreamWorks Interactive, where she built a PC production group and was responsible for the hiring and training of a team of managers, artists, programmers and designers. Following her term at DreamWorks, Ms. Fulton joined Electronic Arts Canada, where she spent four years as a producer and senior development director.

Stephan Martiničre, visual design director at Midway?s Chicago studio, comes to Midway from Cyan, Inc. where he was the visual art director for the hit videogame, Myst. Mr. Martiničre has over 20 years of acclaimed industry experience and worldwide recognition for his talent and artistic successes across many artistic mediums. In addition to his visual contribution to Myst, Mr. Martiničre has garnered awards and critical acclaim for his work in feature films such as Star Wars Episodes II and III, The Fifth Element, and most recently I, Robot, as well as for his work in animated television and book cover illustration. He has received an Emmy Award nomination for his art animation and his success in book illustrations garnered him Spectrum Awards in 1997 and 2004. Additionally, Mr. Martiničre won the 2001 Thea Award for his work on the Paramount theme park attraction, Super Saturator and in May, 2004, Infinitee Designs awarded Mr. Martiničre the Artist of the Month award for Para.