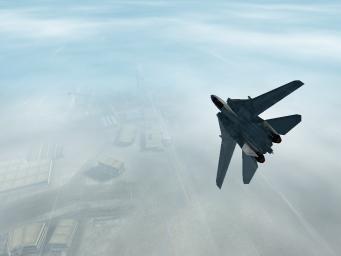 Video Game publisher Mastiff today announced that they have entered into agreements with Viacom Consumer Products and Titus to re-release games under the Top Gun brand. Under the agreements, Mastiff will publish Top Gun: Combat Zones for PlayStation 2 computer entertainment system, Nintendo GameCube and Game Boy Advance, and Top Gun: Firestorm for Game Boy Advance. The games will be available at major retailers for a special low price in time for the holiday season.

A hip, heart-pounding combination of action, music and incredible aerial photography helped make Top Gun the blockbuster movie hit of 1986. Top Gun takes a look at the danger and excitement that awaits every pilot at the Navy's prestigious fighter weapons school.

With more than 36 different missions, including flight academy, Top Gun: Combat Zones lets you experience every single situation a jet fighter pilot can face. High-altitude dog fights, low-flying blitz attacks, military and civil rescues, missions in a variety of terrains? you will have to fight against dozens of airborne and ground-based enemies to prove yourself worthy of the Top Gun rank!

Top Gun: Firestorm is an F-14 in your pocket! Are you worthy to be an elite Top Gun pilot? Prove it while triumphing over all the missions and exceeding Iceman. Then face your friends in air duels without mercy!
Features