The Urbz: Sims in the City in Stores Worldwide 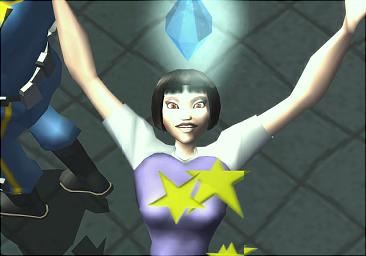 All Images (3) »
Electronic Arts today announced that The Urbz: Sims in the City has shipped to retail outlets worldwide under the EA GAMES brand. Following the record-setting launch of The Sims 2, the development team at the celebrated Maxis studio today launched The Urbz: Sims in the City, the newest entry into the award-winning franchise for the PlayStation 2 computer entertainment system, the Xbox video game system from Microsoft, the Nintendo GameCube and Game Boy Advance.

"The Urbz: Sims in the City is all about three things: cool city style, building your reputation, and living the dream in a 24/7 city that never sleeps. It gives players the opportunity to create and control their sims in a completely unique way and in a very different environment," said Sinjin Bain, Executive Producer and Vice President. "We're thrilled with the new experience we're able to offer our millions of fans."

In the three console versions of the game, take your sims from the suburbs and place them in the heart of the big city. The Urbz: Sims in the City has a completely new urban look, attitude and feel that The Sims franchise has never before explored. It's all about reputation: which gets you access to the coolest people and hottest places; then use your new-found influence to style the city in your own image. Explore nine unique districts and renovate multiple apartments as you work to become the biggest player in the city.

Take a job working for The Black Eyed Peas in the Cozmo Street district while listening to nine exclusive tracks recorded specifically in Simlish by the record-breaking band ? a first in videogame history.

In the Game Boy Advance version, players explore the city of Minniopolis, searching for a way to save the town from the vindictive Daddy Big Bucks. Players complete up to eight mini-games and mingle with over 30 characters, all the while maintaining their reputation.