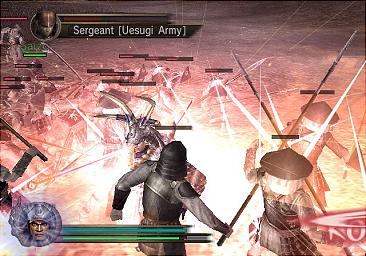 Building upon the release of the summer hit Samurai Warriors PS2, KOEI Ltd, the European subsidiary of Japanese publisher and developer KOEI Co., Ltd are pleased to announce that Samurai Warriors Xtreme Legends will ship to European territories in Feb 2005

Samurai Warriors - The Story
The game stories are set in Feudal Japan - a time when ambitious warlords looked to expand their own interests and power. It was also a time when determined individuals such as the famous Nobunaga strived to mould the feudal territories to create a unified land. Alliances were made and broken; armies were formed drafting local peasants and employing loyal Samurai; battles commenced for the creation of a united Japan.

Samurai Warriors Xtreme Legends
Take on the role of four new legendary warriors, each in a unique story with branches and multiple endings. By your own hand you will forge a new destiny for Japan!