GMX announces North American distribution of Will of Steel by Tri Synergy Inc. 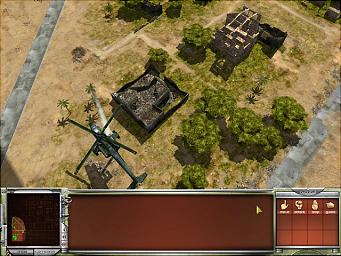 All Images (3) »
GMX Media and Tri Synergy Inc. today announced a North American distribution partnership for Will of Steel, the trend-setting Gameyus Interactive military Real Time Strategy game for PC - CD ROM. Will of SteeL is scheduled for a November 2004 North American release.

Will of SteeL is set to be one of our strongest games to be launched in 2005, " commented Eugene Perry, COO for GMX Media. "This game will astonish both dedicated and casual players of PC games with its ground breaking use of existing graphic technologies, and its unique use of in-game voice control mechanisms."

"We are ecstatic to be working with GMX Media on this title," said CEO for Tri Synergy, Inc. Tamra Nestler. "We believe this is an exciting opportunity to provide gamers with a quality title that offers a truly innovative feature by being able to control units in an RTS through voice commands."

Will of Steel is a 3-D Real Time Strategy game that takes place on a modern battlefield. Players assume the role of Marine Officer William Steel, the son of the highly decorated USMC General Thomas Steel. The player's task is to lead the battalion under his command to victory over the opposing forces in various hotspots around the world.
Companies: GMX Tri Synergy
People: Eugene Perry Tamra Nestler Fionda
Games: Will of Steel