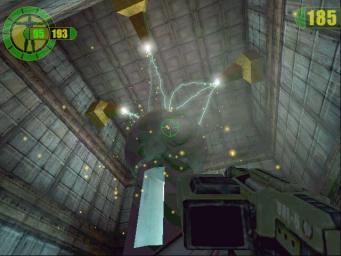 All Images (5) »
THQ Wireless announced today that the company will develop a mobile version of Red Faction, the critically acclaimed action game PCs, consoles and the Nokia N-Gage, from THQ Inc. Red Faction for mobiles will be available on major networks worldwide on both Java and BREW phones.

The new third-person shooter game is set in mines run by the Ultor Corporation far beneath the surface of Mars. Players, adopting the character of Kava Xarel, one of the founders of the Red Faction Group, must steal weapons and ammunition from the security offices and guard posts hidden around the mines as they make for the supply ships and their eventual escape from Mars.

James Scalpello, marketing manager, THQ Wireless said: "This is a real action-packed game based on Red Faction, one of the most successful internally developed brands for THQ. It includes a 3D engine and advanced 2D and 3D images to add to the realism. Red Faction is played from overhead with a huge range of different weapons and gameplay options to choose from. With stunning graphical effects, this product raises the bar in console-quality action/adventure mobile games and represents a major step forward in both quality and playability for this genre."
Companies: THQ
Games: Red Faction