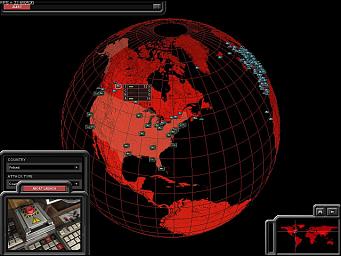 DreamCatcher Games today announced that the official demo for SuperPower 2 is now available for download at the game's official global site, www.SuperPower2Game.com, which goes live today.

The 160 MB single-player demo offers desktop dictators a 90-minute timed Russian scenario where they can attack other countries, perform covert actions or stir things up abroad with war declarations. They'll witness the cause and effect consequences of their actions from an atlas mode view.

The official website is a one-stop-shop for the latest SuperPower 2 news, game information, screenshots, downloads and community links. Fans may pre-order their copy and view the game trailer, as well as download the official single-player demo.

SuperPower 2 grants regular citizens Presidential powers as they seek world domination, but they'll need intelligence, political-savvy and a touch of shrewdness to be successful. Players build up their own countries and increase influence in the broader world while competing against a sophisticated A.I. They will also make use of economic sanctions, political alliances, and military actions to wage battles. The craftiest gamers are able to fine-tune each country's performance, from creating or breaking treaties, to making strategic decisions in particular military conflicts.

Also developed by Canadian studio, GolemLabs, the original SuperPower sold over 200,000 units. SuperPower 2 has an expected PEGI rating of "3+" in Europe. The game is scheduled for release on November 12, 2004 and is distributed in the UK by Mindscape.

Multiplayer:
SuperPower 2 supports multi-player for LAN and Internet play.
Multiplayer for up to 32 players in a variety of styles, including world domination, economic master, and many others.
Companies: DreamCatcher
Games: Super Power 2