Register at WWW.FIFAINTERACTIVEWORLDCUP.COM for the chance to be crowned FIFA Interactive World Player 2004. 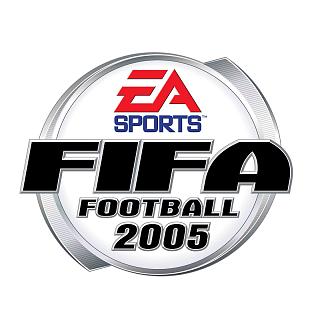 There are four ways to enter the FIFA Interactive World Cup, which will see more than 8,000 players (plus contestants from the Xbox Live community of more than one million gamers) competing all over the world:

Players who have what it takes to win their region's finals will travel to the worldwide finals in Zurich in December ? and the winner will be named FIFA Interactive World Player 2004. That prestigious achievement will be recognized with a trophy presented to the winner by FIFA President Joseph S. Blatter at the FIFA World Player Gala.

Kicking off in October, the FIFA Interactive World Cup will travel to nine cities in six continents:

As players compete to be the best player of FIFA Football 2005 at each regional final, they will also be able to sharpen their real-world football skills through various separate side activities. Contestants waiting for their turn on the tournament pods will be able to practice their moves with the help of professional football players

The events will also feature big-name DJs performing for the crowds, as well as a host of other fun activities and some surprises too. Specific details on each event will be available at http://www.FIFAinteractiveworldcup.com.

"The FIFA Interactive World Cup tournaments will be a great day out for football fans everywhere," said Peter Moore, Corporate Vice President, Worldwide Marketing and Publishing, Xbox. "As well as experiencing the excitement of FIFA Football 2005 from EA and Xbox Live, contestants and their friends will find no shortage of other interactive and 'real-life' activities. Being named FIFA Interactive World Player 2004 is the ultimate in bragging rights and we know the competition will be fierce."

"We know FIFA Football fans are serious about their football," said Jens Uwe Intat, Vice President and Managing Director of EA's Central European Region. "The FIFA Interactive World Cup brings that passion for sports competition to the world of interactive entertainment ? we're looking forward to the tournament kick off and to seeing who will be the ultimate FIFA Football champion. And in the process, a lot of people are going to have a lot of fun."
Companies: Electronic Arts
People: Peter Moore
Games: FIFA Football 2005