Ubisoft double up at Develop Awards 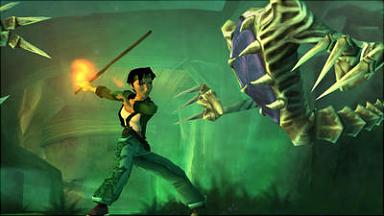 Beyond Good & Evil
All Images (2) »
Ubisoft, one of the world?s largest video game publishers, scooped the awards for In-house Development and the Art and Sound (XIII / Beyond Good & Evil) at the Develop Industry Excellence Awards 2004 earlier this week. Held at the Royal Garden Hotel in Kensington on 31st August the awards were judged by a 50-strong panel with finalists from the UK and Europe.

?We are immensely pleased with the result of the Develop awards this year.? Said Rob Cooper, Ubisoft?s UK Managing Director. ?Ubisoft has been investing in its internal development studios over the past few years and we are now reaping the benefits.?

The award for In-house Development was given to the best publisher-owned game development company or in-house game development resource, whilst the award for Art and Sound was given to the studio that has demonstrated the most impressive graphical, audio and game design skills in its games released during the past year.
Companies: Ubisoft
People: Rob Cooper
Games: Beyond Good & Evil XIII