EA Announces Mark Mothersbaugh as Lead Composer for The Sims 2

Electronic Arts announce that award-winner is the composer of the theme music for the highly-anticipated simulation game The Sims 2. 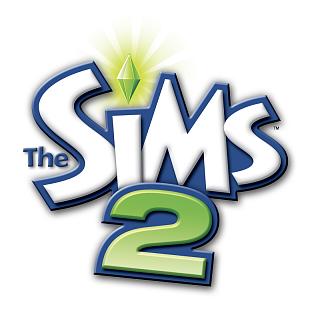 Recently honored with the BMI music award for Outstanding Career Achievement, Mothersbaugh has been repeatedly recognized for his contributions to film, stage and TV music. Now, his extraordinary talents and music will be utilized throughout The Sims 2, the sequel to the best-selling PC game of all time.

Mothersbaugh was a founding member of the influential rock group, Devo whose chart-topping songs include the '80s electro classic Whip It! Since leaving the band, Mothersbaugh has parlayed his avant-garde musical style into the world of entertainment where he scored, composed or directed the music for such films as Envy (2004), Confessions of a Teenage Drama Queen (2004), Rugrats Go Wild (2003), Thirteen (2002), The Royal Tennenbaums (2001), Rushmore (1999) and Happy Gilmore (1996) among many other major works of film and TV.

"I'm very excited to have had the opportunity to work on one the most anticipated PC games of the year. The Sims 2 team is a very talented group of people and working with them on creating music to fit their innovative game was a true highlight for me," said Mothersbaugh. "Computer games are just another vehicle to express my creativity and allow my fans to enjoy my music."

"This is a breakthrough moment in the evolution of musical composition for games. If you want top quality production values, you need A-list talent," said Steve Schnur, Worldwide Executive of Music and Audio at EA. "We hold our games to the same high standards that a major motion picture studio would claim for a blockbuster film. We are thrilled that Mark has lent his expertise to helping us deliver a dramatic, energetic and playful score that will compliment the unpredictable world of The Sims 2."

In addition to the theme music, Mothersbaugh's score is featured throughout key areas of the game. For instance, in Create-A-Sim, players make their own Sims from a vast selection of facial features, hairstyles, and outfits; while in the build and buy modes, players create dream homes and design neighborhoods with the new building and home furnishing options. For the first time, the game allows players to control their Sims over an entire lifetime. With the ground-breaking addition of genetics, Sims now pass their DNA down from one generation to the next, giving the players a more vivid and in-depth Sims experience. Set in a 3D world, it's up to the player to take their Sims from the cradle to the grave, fulfill their dreams and push them to extremes in The Sims 2.

The Sims 2 has an PEGI rating of 7+ with descriptors of Crude Humor, Sexual Themes, Violence and will be in stores by September 17, 2004 under the EA GAMES brand.
Companies: Electronic Arts
People: Mark Mothersbaugh Steve Schnur
Games: The Sims 2