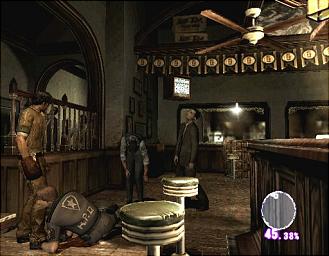 All Images (3) »
CE Europe today held up its latex-gloved hands and admitted responsibility, albeit through a surgical mask, for the release of the T-VIRUS (www.t-virus.co.uk), a revolutionary viral campaign spread via word of mouth, SMS, the Internet and email, to promote the forthcoming release of Resident Evil: Outbreak, the next PS2 release in the genre-defining survival horror series.

The T-VIRUS is, of course, totally harmless and uses an innovative pyramid reward system to encourage those who are infected to infect as many others as they possibly can and win fantastic, limited edition Resident Evil: Outbreak prizes including Resident Evil DVDs, exclusive Raccoon City t-shirts and PS2 consoles.

The T-VIRUS even leaves a groaning zombie ring tone on infected mobile phones.

'The T-VIRUS outbreak is the digital equivalent of a real-world viral epidemic,' commented Doctor Fiona McKevitt, Specialist Registrar, Sheffield. 'That's a very serious outbreak indeed and at this stage we would be enforcing the quarantine of entire cities to contain the spread of such a virus.'

The T-VIRUS campaign is a world-first as a viral mechanic for promoting a computer game.

'We had to come clean about the T-VIRUS eventually,' commented Ben Le Rougetel, Senior PR Manager and Chief Virologist, CE Europe. 'The T-VIRUS was originally designed to promote the release of Resident Evil: Outbreak for PS2, but it's spread much quicker than we originally anticipated. It's now totally out of control and we're not totally sure how to stop it.'

Resident Evil: Outbreak is the next evolutionary step in the multi award-winning game series and will see terror, once again, fill the streets of Raccoon City. The city's citizens try to escape the devastating effects of a secret biological weapon that turns all living creatures into flesh-eating zombies. Soon only a few desperate survivors remain uninfected and they must find a way out of the city before the government takes the only option left and quarantines the entire area.

Unlike previous titles in the series, players of Resident Evil: Outbreak do not play the role of a highly trained S.T.A.R.S. operative, but one of eight ordinary citizens who must rely on their innate survival instincts and unique skills to stay alive.

Soon, thanks to the T-VIRUS, Resident Evil: Outbreak will be infecting ordinary citizens all over the real world.

To infect yourself with the T-VIRUS and win fantastic, limited edition Resident Evil: Outbreak prizes, SMS the word 'INFECT' to the number '60022' or go to www.t-virus.co.uk and enter your details.