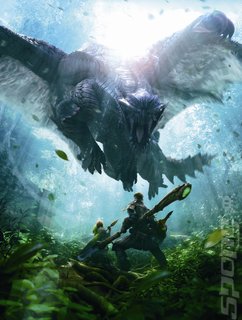 London, UK. -- April 14, 2015 -- Capcom, a leading worldwide developer and publisher of video games, are pleased to confirm that Monster Hunter(TM) 4 Ultimate for Nintendo 3DS(TM) systems has shipped one million units to retail in combination with digital units sold since its release across Europe and North America on February 13, 2015. The game has now become the fastest selling and has the highest Metascore of any Monster Hunter(TM) title in the West.

Monster Hunter 4 Ultimate is the biggest and most accessible entry yet in the popular Monster Hunter series, which has sold more than 32 million units worldwide. In Monster Hunter 4 Ultimate, players take on the role of a hunter that joins up with a travelling caravan to explore new lands and combat ferocious enemies in pursuit of the ultimate hunt. This grand adventure includes hundreds of quests to take on a variety of extraordinary creatures that yield valuable resources. For the first time ever for the Monster Hunter series appearing on a handheld system, players with broadband Internet access are able to join up with friends online as well as the previously available local wireless option.

Capcom continues to support Monster Hunter 4 Ultimate with free of charge monthly downloadable quests and content that began in March and will be available for several months to come. The monthly packs are available on the first Friday of the month and include even more challenging hunts as well as quests to access the various themed collaboration contents to outfit hunters and Palicoes.

In celebration of the one million milestone, Capcom is offering a special free Nintendo 3DS HOME menu theme which will be available for download from the Theme Shop in May as a token of appreciation for all the fan support.