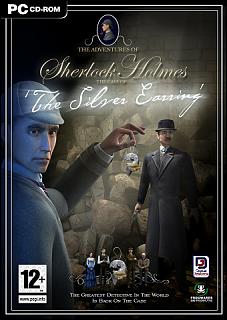 The mystery of Digital Jesters' latest offering will finally be solved today with the release of a fantastic demo. Yes, it's time for players to dust off the magnifying glass, polish the pipe and head to www.sherlockholmesgame.com to download the long-awaited demo, which is full of mystery and mayhem.

Gamers can take on the role of Sherlock, the legendary detective himself, or his sidekick Watson. The mystery begins shortly after the murder of Sir Bromsby where players are required to put their detective skills into place and hunt down the culprit. On their quest for the truth, virtual detectives will encounter numerous unusual characters and it is their job to decide who to trust.

If all that is not taxing enough, attention to detail will be key as missing vital clues such as foot traces and strands of hair could have dire consequences for the investigation. At the end of the level players will be asked a series of questions designed to ensure they were paying full attention and that they spotted all the clues.

"The launch of this demo gives players the chance to see for themselves that The Case of the Silver Earring is a cut above the usual graphic adventures," says Leo Zullo, marketing director, Digital Jesters. "Featuring as much detective work as it does traditional puzzle-solving it's a brilliant twist on the genre, and one that will appeal to a wide range of players."