Xfire heats up the Summer with E-Sports All-Stars

Gamers get the chance to play with some of the best players from around the world! 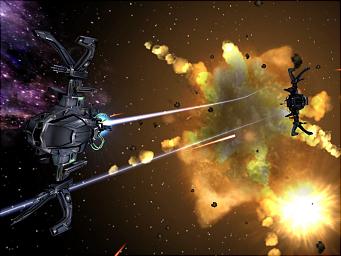 Unreal Tournament 2K4
All Images (4) »
Forget Euro 2004, Wimbledon, the Grand Prix and the British Open - Summer's real sporting event is about to explode on your computer screens courtesy of Xfire - The Summer of E-Sports is about to commence!

Xfire have organised a series of online events that will feature some of the best professional gamers and teams from around the globe. Gamers everywhere will have the chance to watch, compete against, and play with some of their favourite gaming professionals in a variety of games, such as Counter-Strike, UT2K4, Call of Duty, and Warcraft III.

Gamers will also have the chance to win private lessons from the top pro-gamers, get limited spectator passes on live exhibition games, ask questions during live interviews and more!

To participate, gamers simply need to download the Xfire client and register for the event(s) at www.xfire.com

"We've hand-picked the best of the best teams from all around the world," said Dennis "Thresh" Fong, co-founder of Xfire. "This is going to be an amazing opportunity for people to experience first-hand just how good these pro-gamers really are."

Xfire is an IM designed for gamers that shows users when, what, and where their friends are playing PC games online. With one click, users can instantly join their friends' games.

Xfire supports in-game Instant Messaging notification, which alerts friends playing online when a buddy is ready to jump in. Xfire users can: