Frazer Nash Gets all MMORPG in Khan The Absolute Power

Get immersed into ultimate conquest with Khan. 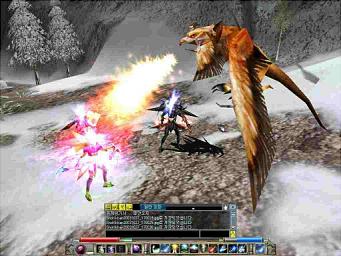 "This is going to be a great challenge because in their own country they are the Blizzard of the East" said Frazer. Mirinae Entertainment have spent the last few years perfecting this game and now its time to show the rest of the world what a epic game this is.

"We feel that with Frazer onboard he brings a wealth of experience in organising a professional PR campaign and tops this up with marketing expertise" Said U Gin Jeon director for US and European operations Mirinae Entertainment. "Also, he plays games which means, he is the best person to promote the title as he knows what excites gamers!"

Khan The Absolute Power is a MMORPG and the background of the game is based on real history about Genghis Khan in the 13 Century. In 1225, right before seeing the other end of European continent, Genghis Khan turned around and went back to the heart of Mongol Empire. The Mongol army became the most disciplined, experienced, and feared force the world had yet to see.

This epic based online game takes players to where Genghis Khan reached the end of his expedition. The game takes place in the small kingdom of Eurasia which Genghis Khan's brutal force was never able to conquer. Player's will re-visit the history and prepare the battles against the greatest conquerer in history.
Companies: Mirinae
People: Frazer Nash U Gin Jeon
Games: Khan: The Absolute Power