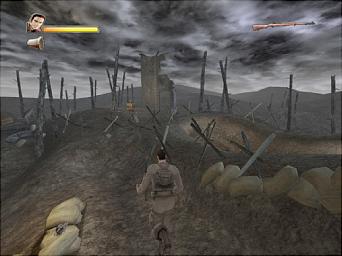 "This is our first cross-platform release and naturally we are very excited about it. Airborne Troops for the PS2 will be the first of at least four PS2 titles planned for release this year", commented COO for GMX Media Eugene Perry. "The title has already been fully localized into five European languages (English, German, French, Italian and Spanish). Our aim is to launch the product simultaneously in those territories with other European territories following soon after."

Airborne Troops is an infiltration action-adventure game that takes place in occupied France during the Second World War. On a mission to drop two secret agents into occupied territory the Sergeant's aircraft is shot down leaving one of his agents seriously wounded. It is now the Sergeant's duty to replace the ailing agent and complete the stealth missions himself. The gamer takes part in commando missions based on real events in the places where they actually happened, accurately recreated from archives and historical documents. The action is a mix of furious gunfights and stealth elements, with paratroopers equipped as they were at the time.