To Besiege or not to be sieged

Dreamcatcher Games announces the release of Besieger for PC in June. 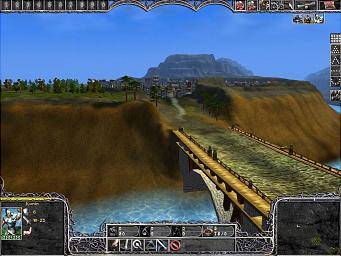 Sporting horned helmets, pigtails and facial hair a-plenty, DreamCatcher Games today announced the June launch of Besieger, a citadel assault RTS game for the PC, carved from the ice-encrusted world of the Vikings.

In the freezing darkness of the Scandinavian nights, only the heavily fortified cities dare to sleep in the knowledge they are safe from the marauding hordes of Vikings, Orcs and Cimmerians. Unless they are besieged.

Crafted by Primal Software, Besieger combines all the blood-spattered action and strategy of the state of stronghold siege ? from the bastion right down to the ramparts - into an adventure that delivers top-end graphics and a fine level of detail seldom reached in games of this genre.

Across a dozen sprawling levels, Besieger uses an innovative economic management system allowing besiegers to build and populate citadels comprised of 40 different types of building and filled with 20 different types of unit. All this is set in a detailed and realistic universe filled with animals and natural elements, a varied climate and even day and night management.

Besiegers can build flying vehicles to wage war or besiege towns on horseback to conquer factions including Ogres, Werewolves and Centaurs. The reinforced walls of a barricade can be broken using a battering ram and players can conquer enemy buildings and equipment, as well as retreat and accumulate forces behind their own armoured citadel for a counterattack.

For multiplayer plundering, Besieger supports an army of up to 16 players per server via LAN or Internet and features gameplay including Deathmatch, Capture the Flag, Cooperation, Hold Artefact and Free for All.

This game will cater for all your pillaging needs.

Besieger will be published for PC by DreamCatcher Games and distributed by Mindscape in the UK on 18th June 2004.
Companies: DreamCatcher Primal Software
Games: Besieger