Set to be the complete cue-ball experience as it goes online for PlayStation 2, Xbox and PC! 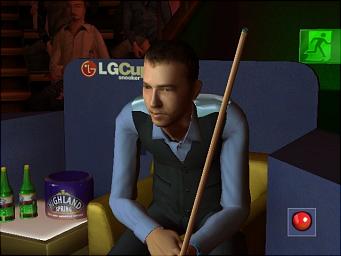 Taking the baize battles out of your living room and into the competitive online gaming arena, World Championship Snooker 2004 is the new player in Codemasters' best-selling, definitive snooker game series and will launch this summer for PlayStation 2, Xbox and PC.

World Championship Snooker 2004 introduces an online competitive play mode on all platforms, allowing players to go head-to-head with a live opponent and play as any one of the 30 plus professional players.

In addition to the World Championships, players can compete in all the real tournaments of the snooker season, including The LG Cup, British Open, UK Championships, European Open, Welsh Open, Irish Masters, Player's Championship, The Masters and many more. The venue modelling is realistic and accurate and includes the legendary Crucible Theatre, making World Championship Snooker 2004 the most complete, authentic and rewarding snooker game experience.

All the big names make it into World Championship Snooker 2004, including the most successful player of all time, Stephen Hendry, plus Mark Williams, Steve Davis, Ken Doherty, John Higgins, Tony Drago, and more.

A brand new "Classic Match" mode is also cued up for World Championship Snooker 2004, where players compete in the sport's most memorable historic encounters, including the epic 1985 final between Steve Davis and Dennis Taylor, when a cool 18.5 million viewers tuned in to see Taylor give Davis a wake-up call.

Opponent artificial intelligence has been refined and improved, building on the series' acclaimed neural net AI system, and visually there are hundreds of new motion-captured player animations, so it looks and plays just like the real thing.

And, of course, if the snooker pressure proves to be just a little too much, players can always try their hand at a game of 8-Ball or 9-Ball pool.

Developed by Blade Interactive, World Championship Snooker 2004 will be published by Codemasters this summer, complete with online play for PlayStation 2, Xbox and PC. Find out more and get your lucky break at www.codemasters.co.uk/snooker2004