Sold Out goes from Strength to Strength 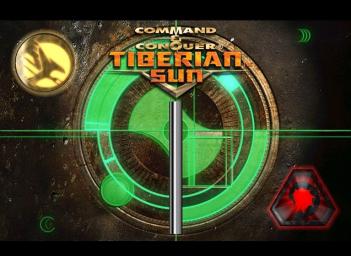 Sold Out, the UK's premier publisher of affordable PC titles, has further strengthened its reputation as the country's most respected super-budget firm with seven incredibly strong titles making up its March line-up of Ł4.99 releases.

In a collection that represents one of its strongest line-ups to date, the March Sold Out releases comprises huge smashes such as Command and Conquer: Tiberian Sun , Tomb Raider Chronicles, Sim City 3000: UK Edition, and Conflict: Desert Storm - each of which have enjoyed massive success as full-price titles, and are all making their debut as budget-priced releases.

Command and Conquer: Tiberian Sun represents a real coup for the label, with the hugely advanced real-time strategy epic widely regarded as one of the greatest PC titles of all time. Governing a high-tech army, players must build a powerful combat force from scratch, mining minerals for use in the creation of a host of tanks and vehicles, whilst also investing in the training of crack ground troops. Boasting stunning in-game visuals and Westwood's brilliant cut sequences, Tiberian Sun's reputation is wholly earned, and is a welcome addition to Sold Out's Ł4.99 label.

Keeping up the high profile of Sold Out's March releases, Tomb Raider Chronicles marks the return of Lara Croft to the range, in her fifth PC adventure. Boasting more moves and a wider range of locations and hazards, the famed archaeologist is tested to the limits in a mission that mixes puzzles and reflexes. Sim City 3000: UK Edition is another well known release, with players given carte blanche to create, run and maintain a sprawling metropolis. Every aspect of the city's care falls under the player's control, with the movements and happiness of the populace directly affected by how safe and clean the city is kept.